© Sascha Pohflepp & Chris Woebken | Quarterspin from The House in the Sky, 2015

Human culture has been a culture of chance all along. Practices of divination have served as buffers between human societies and their ecosystems for millennia, using predictive and even divinatory methods for food cultivation and navigation. Around 1948, a new configuration of chance practices becomes operative with the establishment of game theory, computer simulations, and scenario planning. Ever since then, high-quality (pseudo-)random numbers have become indispensable for simulating the design of nuclear weapons, calculating the future of human populations, and modeling the climate. How do we recognize the differences or similarities of these two forms of employing chance tools for making predictions? Embracing chance and its phenomena, its materials, and rituals, this session aims to explore a lesser known but crucial element of the technosphere, concluding with a speculative dream of a future in which we, in 2017, are already history.

For something to be perceived as a chance event, there has to be a difference between meaning and static, signal and noise. But how do we distinguish structure from that which is undifferentiated? Grounded in noise, this session draws out a poetic cartography of chance—chaotic patterns, heterogeneous forms, and the feedback emerging from both nature and the competing technical structures that define the technosphere. A stochastic sound experiment created by Katrina Burch aka Yoneda Lemma will foreground a conversation between herself, Giuseppe Longo and Inigo Wilkins. Traversing the worlds of noise found in mathematics, the sciences, politics and art it will provide the cosmological baseline from which to explore phenomena of chance.

Do chaos and disorganization even exist in and of themselves, or are they merely a product of certain tools and models devised to predict events and processes? Is chance perhaps even a mask for the “unwanted” parts of a world too complex to make definitive sense of? Departing from the publication ofA Million Random Digits (1947–55) by the Research and Development (RAND) Corporation, this section will explore human uses of chance across different historical periods and cultures. Artist Nahum will enact a ritualistic reading of random numbers, performed in tandem with anthropologist Josh Berson who explores controlled uses of fire in different social and cultural contexts. Following the performance, a conversation between Nahum, Seth Bullock and Helena Shomar will delve into the tools of chance, drawing a picture of a shift from a culture of control to one which may be more comfortable with chance.

The year is 2048. The technosphere has evolved—much more as it did between 1948 and 2017—and so has humankind’s relationship to chance. Working with life has become much more commonplace as biotechnology became mainstream. As we are looking back at the year 2017 we must ask: “What brought us here?” This performative conversation extrapolates a collaboratively crafted speculative scenario, building on individual predictions, dreams, hopes, and fears. What was signaling this world back in 2017? What does it mean to look back at the present and what does the history of futurology tell us about looking forward?

Information on the contributors Bernd Scherer: How to Deal with a Risky Future. Prognostic Knowledge vs Scenic Knowledge 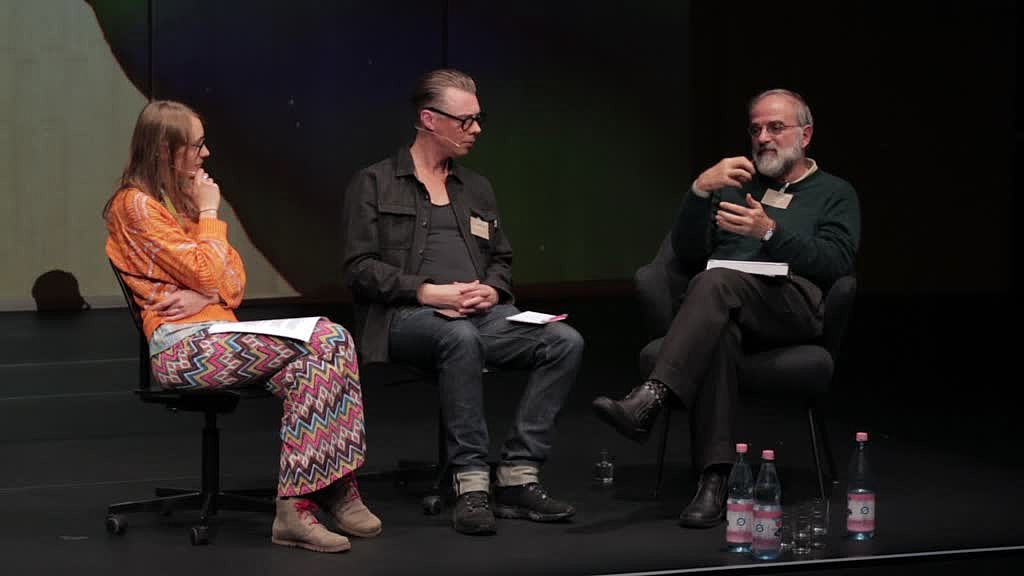