Racism articulates itself through class relations and intensifies in nationalist currents. A new understanding of this dynamic is needed in order to create emancipatory and solidary social models. That is the diagnosis of the seminal volume Race, Nation, Class: Ambiguous Identities by Étienne Balibar and Immanuel Wallerstein. Thirty years after it was first published - at a time when this sinister triad rises again - it is urgent to redefine the ambiguous effects of their relations.

Both state and society are undergoing widespread change, whether through the effects of global financialization on local markets, the logistical interpenetration of production and everyday life, or digitization, which presents entirely new challenges, for example to the concept of citizenship. Through the course of global capitalism, racist structures are realigning and previously established class structures are being transformed. In contrast, new transnational social movements are forming—such as feminist initiatives, the Black Lives Matter movement, and migrants’ struggles for rights and self-determination. This conflicting situation makes necessary an examination of the conjuncture of racism with regard to class relations and nationalisms.

The three-day symposium Dangerous Conjunctures. Resituating Balibar/Wallerstein‘s “Race, Nation, Class” will pursue this redefinition with theorists and activists from a variety of professional, linguistic, and local perspectives. In discussions, lectures, and presentations, they will examine new forms of racism, and question conventional notions of class as well as the radical transformations to which the concept of nation is being exposed today. In their day, the political philosopher Balibar and the sociologist and historian Wallerstein understood their book project as a “practice of theory”, as a perpetual dialog between different positions and as a space for new perspectives. By pursuing the question of how the historic constructs of race, nation, and class correlate, they ventured to define the conjunctures of a new racism, which need to be updated today. The symposium will take up this exploration in a dialogic form for the common process of communication and ask about the globalized context of these ambiguous constructs. How can their ongoing effectiveness be negotiated today socio-politically, and how can a theoretical practice be instrumental in counteracting dangerous conjunctures?

Since its first publication in French in 1988, Race, Nation, Class has been translated into nine languages. Important questions from global debates on the book will form the basis of the symposium. Research on its reception in countries such as Greece, Palestine, South Korea, and the USA will be presented as well as the results of workshops on its relevance and perspectivation in Ankara, Belgrade, Berlin, Buenos Aires, Kolkata and Cape Town. A volume will be published for the event compiling the research on the book’s reception and the workshop results. A film by the researchers and filmmakers Charles Heller and Lorenzo Pezzani with Étienne Balibar and Immanuel Wallerstein in conversation with scholar of cultural studies Manuela Bojadžijev outlines the context of the book’s genesis, discusses its approach, and, in a dialog between the two authors, updates central theories from today’s perspective. 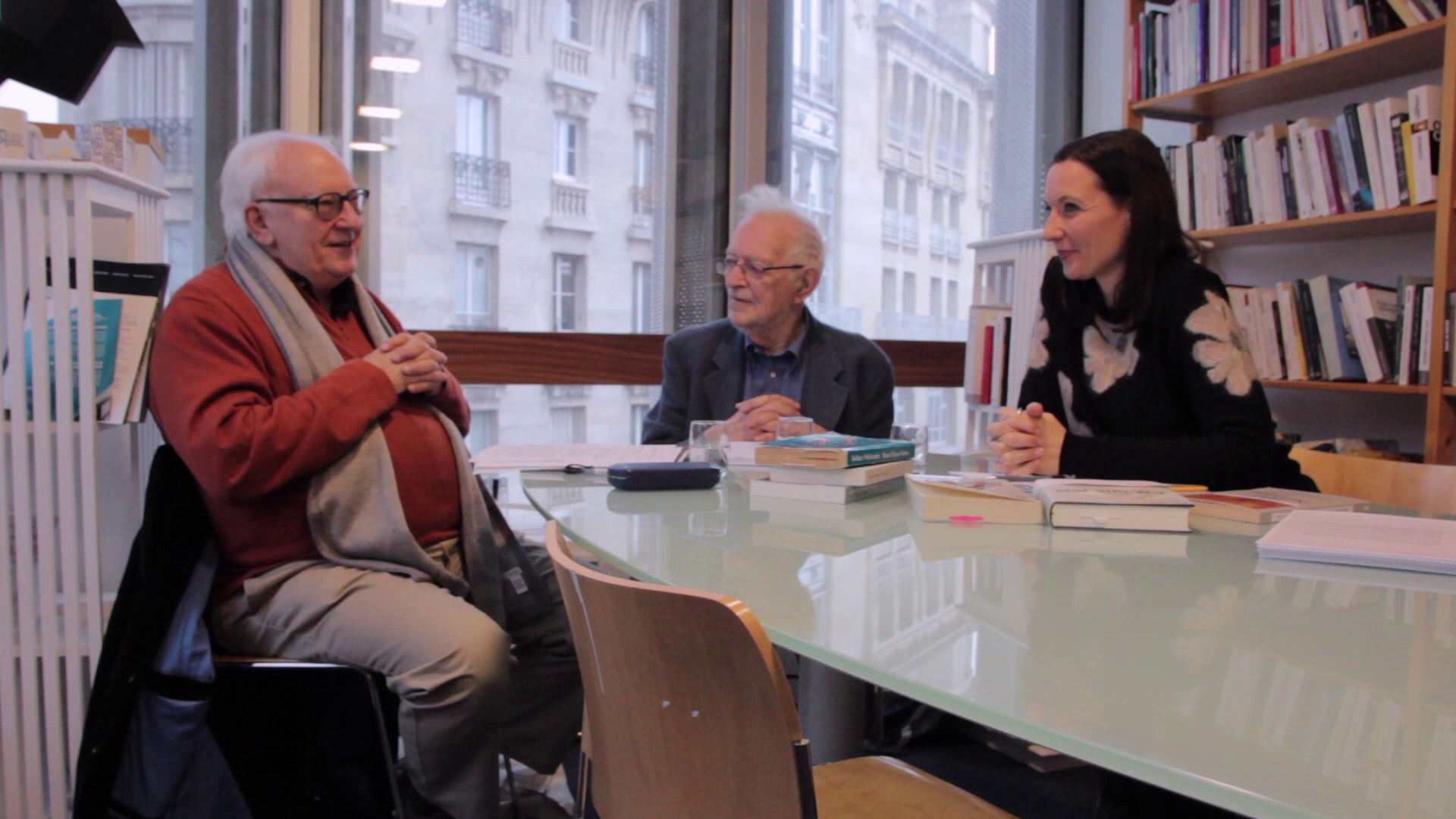 Intersecting Optics: A Dialogue on “Race, Nation, Class” 30 years on They were difficult times when Étienne Balibar and Immanuel Wallerstein met in 1981. Shortly after the Front National won their first important election, the th...

When Race, Nation, Class: Ambiguous Identities from Étienne Balibar and Immanuel Wallerstein was published in German in 1990, the reviews were effusive. At the... Balibar/Wallerstein’s "Race, Nation, Class": Rereading a Dialogue for Our Times