An encounter of the Nobel laureate in literature Wole Soyinka and the film theorist Manthia Diawara to discuss the notion of truth against the background of global postcolonial conflicts. What role does truth play in the context of violence and human rights violations, of reconciliation and reparations? What forms of truth speaking are linked to personal freedom and how do they create new power structures and exclusions? Are there universal truths? And what truth is generated by fiction or documentaries? The Négritude movement and Glissant’s Poetics of Relation will be the starting point for Diawara and Soyinka’s examination of techniques of assertion and methods of truth production.

The film premiere of
Négritude – A Dialogue between Soyinka and Senghor
D: Manthia Diawara, D/F/P 2015, 59 min, original version with German and English subtitles
Based on archive material, Manthia Diawara organizes an imagined dialogue between Wole Soyinka and Léopold Senghor, one of the founders of the concept of Négritude. The film probes the current relevance of the concept of Négritude, against the views of its many critics, not only to the decolonization and independence movements of the 1950s and 1960s, but also to an understanding of the contemporary social and political scenes of nationalism, religious intolerance, multiculturalism, the exodus of Africans and other populations from the South, and xenophobic migration policies in the West.

Wole Soyinka (* 1934 in Nigeria) is a playwright, poet, novelist and essayist. Winner of the Nobel Prize for Literature in 1986, Wole Soyinka has authored over thirty works in the medium of plays, novels, poetry, essays, and biographies, many of which have been translated into numerous languages or have been staged as theatre performances. Among his most important works are: Aké. Years of Childhood (1981), The burden of Memory (1998) and his comprehensive autobiography, encompassing his adult political and literary activities: You must set forth at dawn (2006). He is active in artistic, academic and Human Rights organisations, and is a recipient of numerous academic and national honours all over the world, with traditional titles in his own country. A Yoruba born in Western Nigeria and educated in Ibadan, and Leeds, England, he continues to lecture extensively within Nigeria and internationally. Wole Soyinka was Hutchins Fellow at Harvard University, USA, and Honorary Fellow of Churchill College, Cambridge. He is Emeritus Professor at Obafemi Awolowo University, Ile-Ife, Nigeria.

Manthia Diawara (* 1953 in Mali) lives and works in New York, where he is professor of Comparative Literature and Film at New York University. As a filmmaker, he has directed Négritude—A Dialogue between Soyinka and Senghor (2015), Édouard Glissant: One World in Relation (2009), Maison Tropicale (2008), Who’s Afraid of Ngugi? (2006), Bamako Sigi-kan (2002), Conakry Kas (2003), Diaspora Conversations: from Gorée to Dogon (2000), In Search of Africa (1997), Rouch in Reverse (1995) and, together with Ngugi wa Thiong’o, Sembène: The Making of African Cinema (1994), among others. His publications include African Cinema—New Aesthetic Forms and Policies (with Lydie Diakhate, 2011), We Will not Budge: An African Exile in the World (2003), Black-American Cinema: Aesthetics and spectatorship (1993), African Cinema: Politics and Culture (1992) and In Search of Africa (1998), in addition to many essays produced about film and literature of the African diaspora. In 2008 he curated the film festival African Screens at HKW. Diawara founded the bilingual magazine Black Renaissance / Renaissance Noire, for which he still works as an editor. 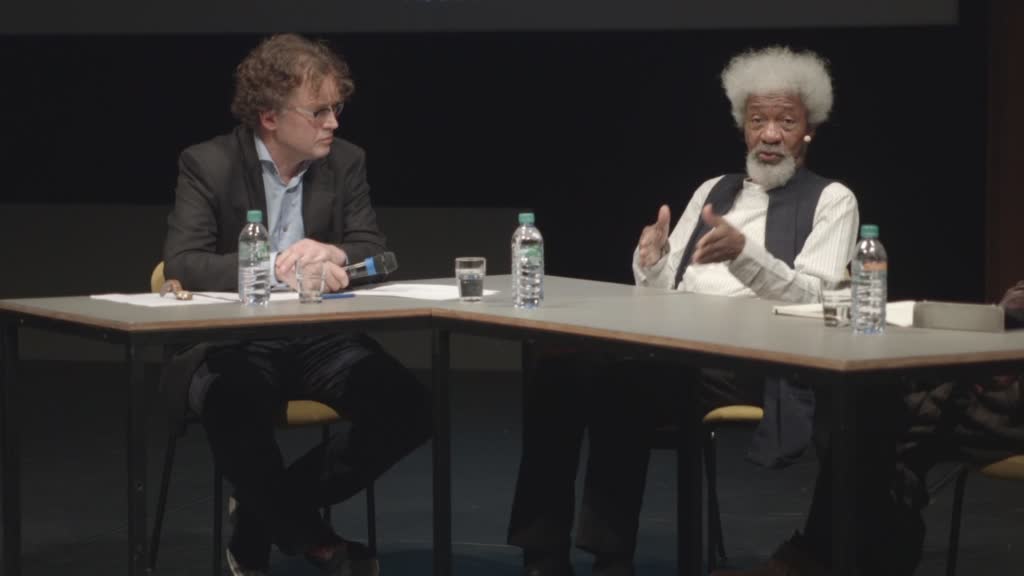 Within what forums can the political evolve today? In the face of post-democratic mechanisms of globalization, the crisis of the national state and increasing restrictions on human rights and civil liberties, there have been shifts in the places and practices of social negotiation.